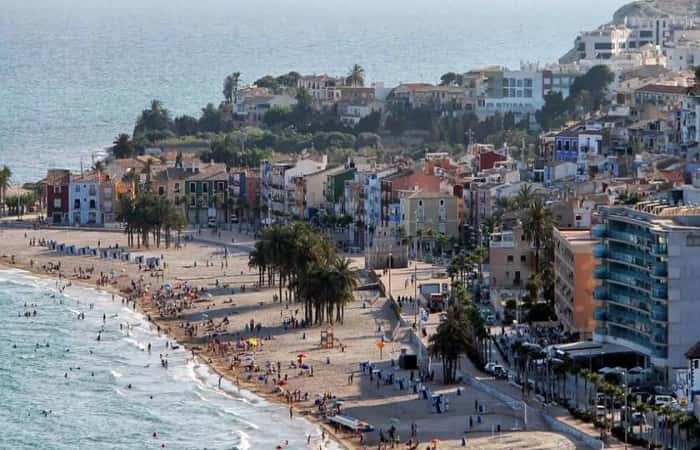 Villajoyosa in Spain or La Vila Joiosa as it is called by the locals in Valencia literally means “happy city”. It is known as a center for chocolate production, which may be the reason for its name. Here we take care of everything you need to know about Villajoyosa in Spain.

The famous chocolate Valor in Villajoyosa

Villajoyosa, located just 10 minutes away from the tourist magnet and party town of Benidorm, is home to the famous chocolate factory Valor. The chocolate brand is best sold at local supermarkets such as Mercadona, Masymas, Eroski and Carrefour. The city has a total of three chocolate factories, all of which can be visited.


The old town of Villajoyosa

The old town of Villajoyosa is a lovely place to wander through. Narrow streets lead to charming squares where you can enjoy a cup of coffee or a meal as you watch the world go by. Old Town is a Spanish historical cultural heritage because it is such an interesting and well-preserved quarter. Here you can see the colorful houses hanging over the river Amadorio and cross the bridge that divides the old and new part of the city. The old town of Villajoyosa is protected by UNESCO, which should not be confused with being on the World Heritage list.


Airports near to Villajoyosa

Car hire in Villajoyosa with full cover, no deposit, no excess, and zero surprises. We offer car hire with free door to door delivery/pickup service all over Costa Blanca North, including Alicante Airport and Valencia Airport. Use the search form below to find cheap all inclusive car hire in Villajoyosa or call booking +34 653 221 333.

The Costa Blanca is one of the favorite destinations for both Spaniards and Europeans to buy a 2nd home. One of the main reasons for this great influx of visitors is (besides the unrivalled climate Costa Blanca offers) the immaculate beaches stretching along the Alicante coastline. But the Costa Blanca has much more to offer in all aspects. From its mouth-watering culinary delights to the wide range of inland activities to be practiced locally. The Costa Blanca is a place to be enjoyed at any time of the year. Read more about buying a property in Villajoyosa.