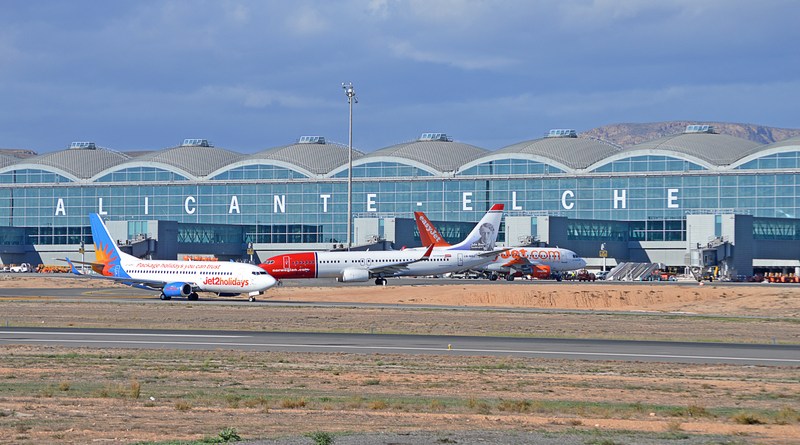 El Altet Airport is the 6th busiest airport in Spain, and among the 50 busiest in all of Europe. The new airport was opened on 23 March 2011. The airport currently has a passenger mass of 9 million a year, but has a capacity of 20 million. Today’s terminal is 333,500 square meters. This new terminal building is on six floors together, with a new parking space on six floors and a total area of 122,500 square meters.

The terminal building at the airport in Alicante can offer a very large area of shops, restaurants and bars according to your needs. Separated in the public area and departure area (after getting past the security checkpoint) you will find a huge amount of shops and outlets. Especially when you need to “kill some time” and wait for your flight to leave you will find more than 50 shops, bars and restaurants ideal.

BlancaCars offers a lowcost parking at Alicante airport and Valencia airport with a complimentary delivery and collection service. We accept all types of vehicles including cars, motorbikes, caravans, boats and trucks from one day to one year and have a complimentary airport transfer service.

Outside the arrival hall it is easy to find a taxi, and a trip to the center of Alicante costs approx. 20 Euro. It is also possible to book and pay for a taxi in advance on Radio Taxi Elche’s website. If you book and pay in advance, you get the taxi ride even cheaper.

If you need a rental car at Alicante Airport, it is easiest to book it for pickup when you arrive at the airport in Alicante. Then you can easily return it when you travel back to your home country, and you avoid alternative transport to and from Alicante Airport. In most cases, this is cheaper than using small local suppliers in the province of Alicante. Use the form below to get cheap all inclusive car hire at Alicante Airport.

The bus stops for local buses (from Alsa, Subus, Costa Azul – Quickair, Baile) to Alicante, Benidorm, Denia, Santa Pola, Torrevieja, Murcia and Elche are located at the very end of the terminal building on the departure level.

Take bus c-6 to the train station in Alicante city center, then train on. This train line connects the center of Alicante with cities along the Costa Blanca such as El Campello, Villajoyosa, Benidorm, L’Alfàs del Pi and Altea.