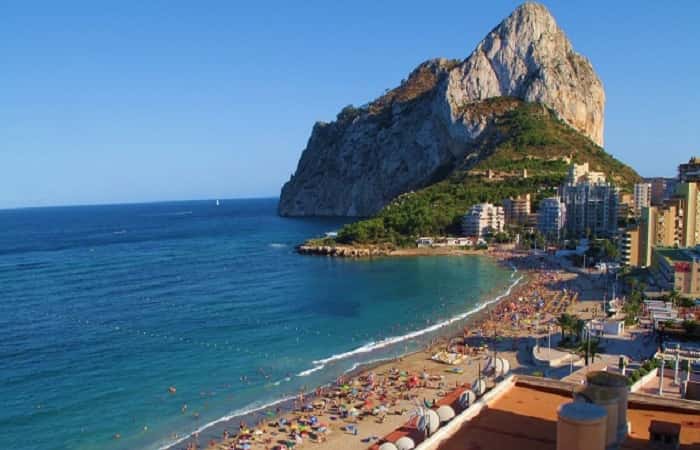 Calpe in Spain. If you enjoy a buzzing tourist destination, with good weather, local seafood, a historic old town, outdoor activities, fiestas and an active nightlife, you are in the right place. Calpe has most of it, and here we show you everything you need to know about Calpe in Spain.

Peñon d ‘Ifach in Calpe is the symbol of the Costa Blanca. It was also one of the author Hemingway’s favorite places. Nowhere else do I get such inspiration as at the top of the Calpe Rock, Ernest Hemingway should have said. If you are in Calpe it is quite impossible to overlook the giant cliff Penon d ifach that hovers over the city. The cliff is a nature reserve and is visible from several miles away. This wonderful landmark is home to lots of rare local plants, over 300 different species of animals and is an annual nesting site for large colonies of seabirds.


Airports near to Calpe

Car hire in Calpe with full cover, no deposit, no excess, and zero surprises. We offer car hire with free door to door delivery/pickup service all over Costa Blanca North, including Alicante Airport and Valencia Airport. Use the search form below to find cheap all inclusive car hire in Calpe or call booking +34 653 221 333.

The Costa Blanca is one of the favourite destinations for both Spaniards and Europeans to buy a 2nd home. One of the main reasons for this great influx of visitors is (besides the unrivalled climate Costa Blanca offers) the immaculate beaches stretching along the Alicante coastline. But the Costa Blanca has much more to offer in all aspects. From its mouth-watering culinary delights to the wide range of inland activities to be practised locally. The Costa Blanca is a place to be enjoyed at any time of the year. Read more about buying a property in Calpe.