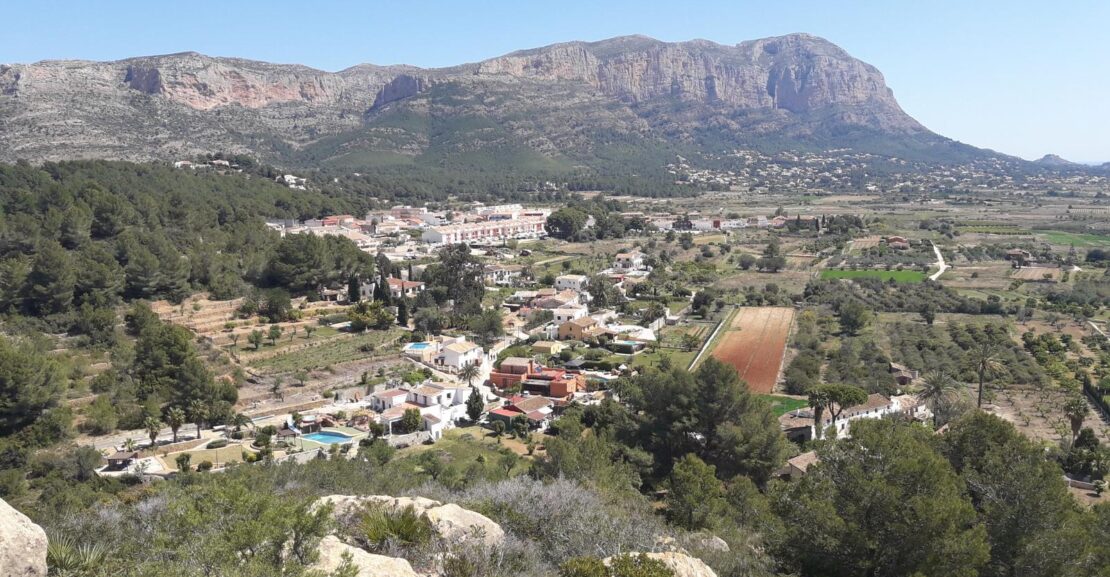 This village has many Fiestas, beginning in January with the arrival of the Three Kings, the celebration of Santo Antonio Abbot, the wine festival and the main festival lasting 10 days with a fun and varied program of street parties, bull running and live music. On the 9th of October (the day of the Valencians) you will enjoy a wonderful Village party and music well into the late evening.

The Sunday market in Jesus Pobre

The Sunday Market in Jesus Pobre ( El Mercado del Riurau ) develops around an existing structure known as riurau. The riuraus are rural constructions characteristic of the Marina Alta, with the function to allow the drying of the raisins from the grapes that, arranged over hurdles, received the warm prevailing winds and were protected from the dew of the night until going dry like a raisin.

From Alicante or Valencia Airports follow the main Motorway AP7 exit at Junction 62 signposted to Javea, Ondara and Denia. As you drive through the toll booth take the first right hand turn to the N332 sign posted Alicante. Stay on this road for 3 junctions and follow signs for Javea CV734 at the roundabout turn left to Jesus Pobre/La Sella Golf CV738. Approx 1 hour.

Airports near to Jesus Pobre

Car hire in Jesus Pobre with full cover, no deposit, no excess, and zero surprises. We offer car hire with free door to door delivery/pickup service all over Costa Blanca North, including Alicante Airport and Valencia Airport. Use the search form below to find cheap all inclusive car hire in Jesus Pobre or call booking +34 653 221 333.

The Costa Blanca is one of the favourite destinations for both Spaniards and Europeans to buy a 2nd home. One of the main reasons for this great influx of visitors is (besides the unrivaled climate Costa Blanca offers) the immaculate beaches stretching along the Alicante coastline. But the Costa Blanca has much more to offer in all aspects. From its mouth-watering culinary delights to the wide range of inland activities to be practiced locally. The Costa Blanca is a place to be enjoyed at any time of the year. Read more about buying a property in Jesus Pobre.